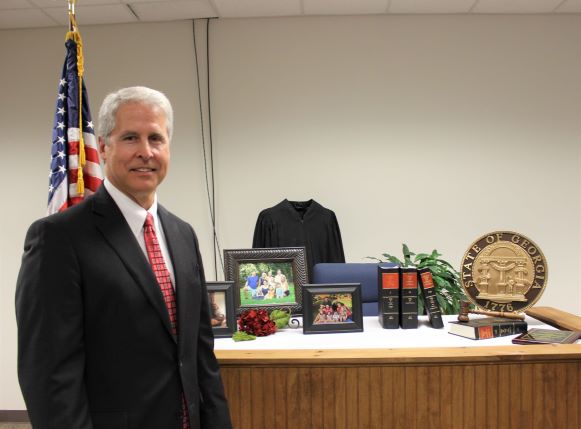 BLAIRSVILLE, GA – A week before his official campaign kick-off event, Judge Stan Gunter sat down with Fetch Your News to discuss his reasons for running for Georgia’s State House of Representative Seat in District Eight.

The honorable Gunter has spent his life in service to the state of Georgia and North Georgia in particular, as the district attorney and then a superior court judge. He retired from his judgeship at the end of September 2019 after he felt that he’d accomplished all his goals in the position. Before either of these roles, he worked in Governor Harris’s office as an assistant executive council and then executive council, one of only two law positions required by the state of Georgia for the governor’s office.

Due to his professional history, Gunter has spent a lot of time reviewing legislation and understanding how the legislative and executive branches interact with each other.
He admits that his history might make him appear as the “establishment candidate.” However, he hopes that his record speaks for itself.

“With the experience and knowledge that I have of the state capital, I am offering myself to the citizens, and it will be their choice,” stated Gunter, “I hope that they chose me.”
Gunter believes that his past in government puts him in a good position to “hunt down” the resources that North Georgia needs.

Citing infrastructure, or roadways, as a big area of potential improvement due to District Eight’s heavy tourism market, he wants to find ways to “keep traffic moving” and eliminate current existing difficulties.

Additionally, if elected, he hopes to find funds that allow law enforcement to adequately cover areas like Blood Mountain and Richard Russell Scenic Hwy. Currently, motorcycles use the loop almost like a raceway.

Taking a moment to criticize incumbent Representative Matt Gurtler on this front, Gunter claims that officials in Rabun County have gone around Gurtler to secure funding for road improvements.

“He votes no a lot, and I think that’s caused a problem with the State House and his peers down there. I don’t see how he can repair the damage to get anything passed to bring money back to the district,” commented Gunter on Gurtler’s governing methods.

The former judge believes he can get money back here because currently, District Eight’s state tax dollars are going to other areas. Gunter seems dedicated to finding opportunities to bring money back to the mountain counties, whether for roads or buildings. He trusts that his contacts can help him accomplish these goals and strengthen North Georgia’s future.

He admits that he agrees with Gurtler on all national talking points, such as Second Amendment Rights, taxes, small government, abortion, and education. The issue is more how Rep. Gurtler has handled himself in the legislature and his effectiveness moving forward.

“We’re blessed in North Georgia with teachers who do a great job. It doesn’t hurt for folks to have homeschool or private school [options]. I think competition is good for anybody,” Gunter stated.

All the counties in the district currently have strong public school systems.

Acknowledging that he switched parties in 2006 from Democrat to Republican, he adds “I’ve always been a conservative. Even when I worked in Gov. Harris’ office, and they brought up the Second Amendment, I wondered why they were so concerned with people having guns.”

Originally from Habersham County, he moved to Union County, where he and his wife, Rita, raised their family, two sons. They now have five grandchildren – three girls and two boys.

“The people of North Georgia have trusted me for more than 20 years as DA and judge,” said Gunter, “I’m asking them to trust me one more time. I can do this job. I have the experience, the knowledge, and that’s what I want them to know.”