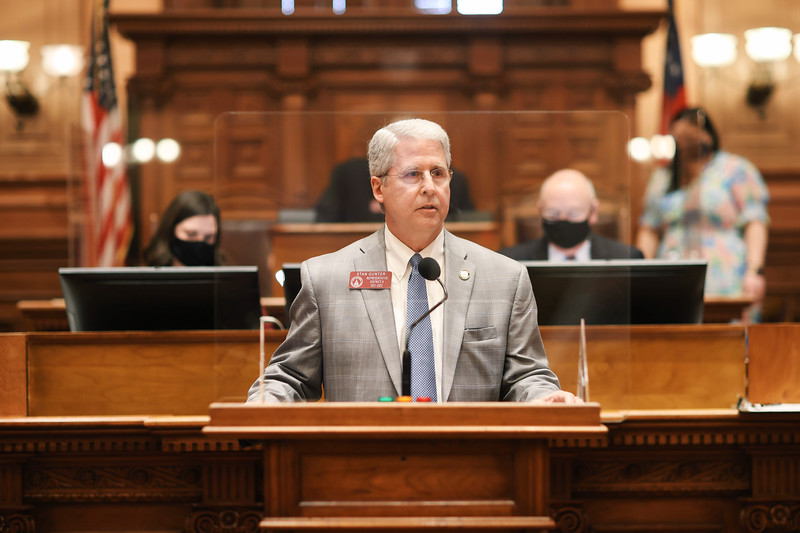 On Wednesday, November 3, 2021, the Georgia General Assembly convened for a special legislative session. During this special session, the General Assembly was responsible for adopting legislation that would redraw and update our state’s legislative and congressional maps based on the new census data.

Since the decennial U.S. Census occurred during 2020, all 50 states must begin the process of modifying the boundary lines of statewide districts ahead of the 2022 election cycle. Georgia’s resident population is now 10,711,908 people. Our state grew by approximately one million new residents over the last 10 years, which is an increase of more than 10 percent since the 2010 census. As a result of this population growth, Georgia’s 14 congressional districts will adjust to have 765,136 people in each district. At the state level, all 56 state Senate districts were redrawn to include approximately 191,284 people, and all 180 state House districts increased to approximately 59,511 people. The 2020 U.S. Census data may also lead to new maps for local county commission or school board districts.

As the House and Senate worked to redraw maps based on population sizes, they also had to consider other requirements. District maps must comply with the Voting Rights Act of 1965 and consider traditional principles of redistricting, such as ensuring that communities of interest are represented, avoiding major changes to the existing representation in the legislature and keeping local government jurisdictions whole.

Each state has its own way of redrawing its legislative and congressional maps. Here in Georgia, the state legislature creates new district maps through the legislative process. The House and Senate each have a standing committee that works with the nonpartisan Legislative and Congressional Reapportionment Office to update these maps. This summer, the House and Senate reapportionment committees began preparing for the special legislative session by holding town hall hearings across the state, as well as virtually, to gather testimony directly from Georgians about how the redistricting process and their current district lines impact their communities.

HB 1EX and SB 1EX were the two bills that redrew the maps for the house and Senate respectively. Both passed out of each chamber and were sent to the Governor for signature. As for Georgia’s 14 U.S. Congressional districts, like the House and Senate maps, they needed to comply with the influx of new residents, the Voting Rights Act of 1965, and the traditional principles of redistricting. SB 2EX was the bill that amended the Congressional Districts. The Senate passed SB 2EX, out of the Senate on Friday November 19th. The House took up the bill on Monday, November 22nd, and passed it out of the House and on to the Governor’s desk for signature.

In addition to our redistricting work this special session, we also voted on two other pieces of legislation on the House floor. When the governor called us into a special session for the redistricting process, his proclamation also charged us with considering other necessary legislation. As such, we passed House Bill 7EX this week to provide an Internal Revenue Code update that corresponds with the American Rescue Plan Act. We also adopted House Resolution 3EX to ratify several executive orders that allowed the state to suspend motor and diesel fuel taxes during the petroleum shortage this summer.

https://legis.ga.gov/joint-office/reapportionment. This webpage includes several resources, including an informational video about this process, copies of Georgia’s current maps, and copies of proposed maps. Once the new maps are signed into law, they will be published on the reapportionment office’s webpage.

I welcome you to reach out to me and share your thoughts and opinions on the redistricting process or any other topics that may come before the legislature’s next session. I can be reached via email at Stan.Gunter@house.ga.gov, or by phone at 404-656-0325.

Thank you for allowing me to serve as your state representative.