Stan Gunter was elected to the Georgia State House of Representatives in 2020.  He represents the 8th legislative district of Georgia that serves Union, Towns and Rabun Counties and a portion of White County.  He sits on the Economic Development and Tourism, Appropriations (Public Safety Sub Committee), and Judiciary (Vice Chairman) Committees.  Also, he served as Deputy Whip in the past Legislative Session.

Stan was raised in Habersham County where he graduated from Habersham Central High School in Cornelia, Georgia.  He earned his Bachelor of Science Degree in Chemistry from North Georgia College.  Upon graduation he took a job with the Department of Agriculture as he worked his way through law school at Woodrow Wilson College of Law in Atlanta.

Stan began the private practice of law in Blairsville, Georgia in 1991 concentrating in real estate law and litigation while raising a family and getting more involved in the community. He was elected as District Attorney for the Enotah Judicial Circuit in 1999 where he served for twelve years. Stan reorganized the District Attorney’s office, improving case management internal connectivity and communication and implementing best-practice systems that are still utilized today. Stan served as President of the Georgia District Attorneys’ Association in 2003-2004.

In 2011, Stan became the Executive Director of the Prosecuting Attorneys’ Council where he spent a lot of time at the Georgia State Capitol. During this time, he focused on creating relationships and improving transparency within the council to better train and support Georgia’s elected and appointed prosecutors statewide. Then, in 2012 he was appointed by Nathan Deal as Superior Court Judge for the Enotah Judicial Circuit where he served until his recent retirement. 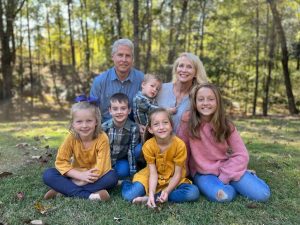 Stan married his wife and best friend, Rita, in 1982.  They are blessed with two sons and five grandchildren. They are deeply rooted in their faith, and continue to set the example for their family through strong conservative values and prioritizing service to others.