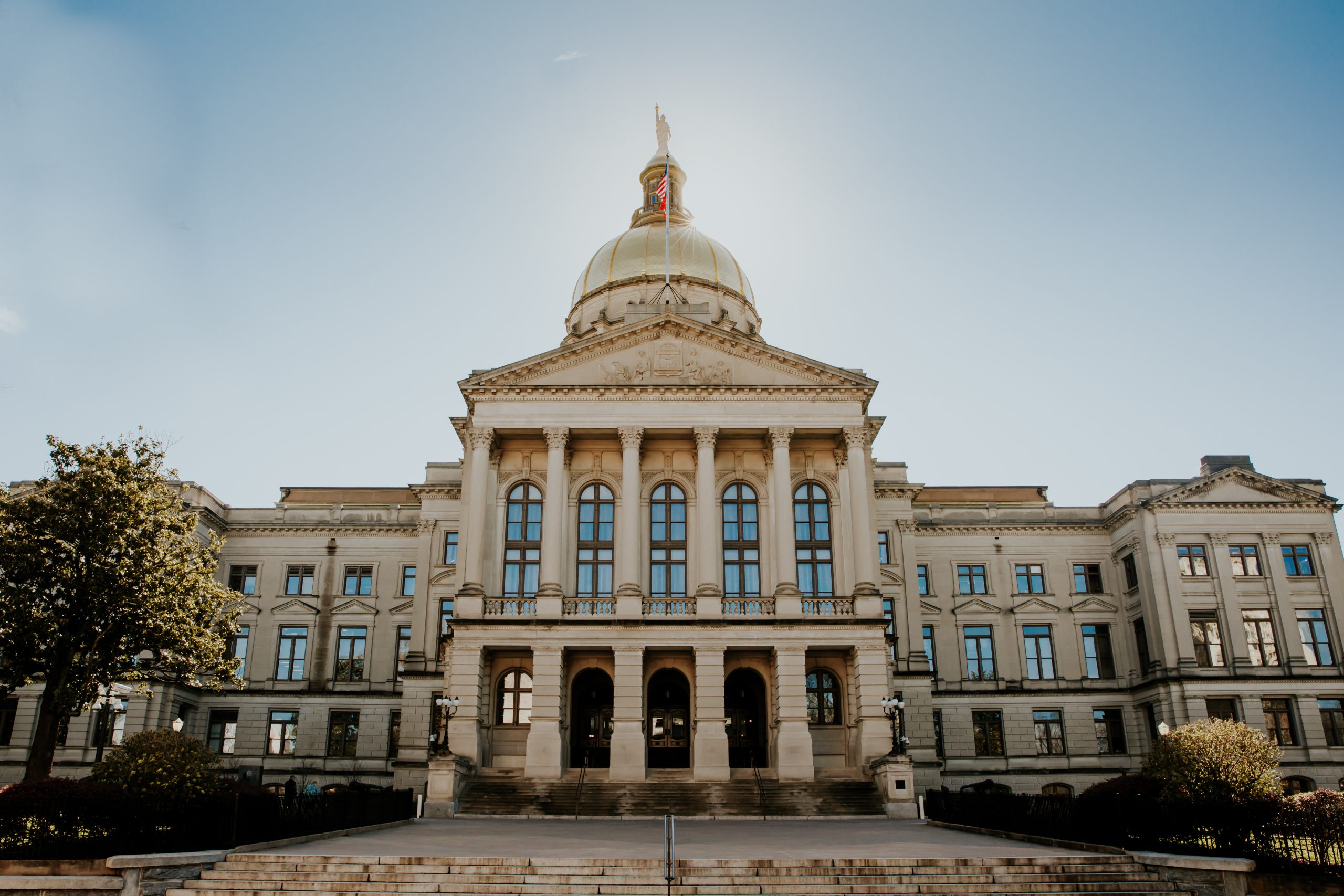 Members of the Georgia General Assembly returned to the State Capitol for our last full week of the 2022 legislative session on Monday, March 28, 2022. My colleagues and I spent time both in the House Chamber and in our respective committees this week, resulting in several key votes on House and Senate legislation on the House floor. With the end of session drawing near, this was undoubtedly our busiest week yet as we worked to ensure crucial legislation that serves the citizens of Georgia crossed the finish line before Legislative Day 40.

First, I am happy to announce that the House gave unanimous final passage to House Bill 1013, the Mental Health Parity Act, shortly after the bill was unanimously passed by our Senate counterparts this week. A foundational provision of this legislation would require parity for mental health coverage to the same degree as coverage for physical care to make accessing mental health care services significantly easier for Georgians. Additionally, this legislation would authorize workforce development initiatives for mental and behavioral health professionals, such as creating cancelable student loans for mental health care professionals who invest in underserved areas of our state. The Mental Health Parity Act would also expand transparency and accountability mechanisms for consumers and enhance resources and tools for frontline responders and communities. This bill would also encourage interagency collaboration and would allow state agencies to collect important data to evaluate the effectiveness of these comprehensive changes. We’ve heard the cries and frustrations of Georgia families who have nearly given up hope on finding treatment for their loved ones, and I want to assure you that this legislation would usher in much needed reform for our state’s mental health care delivery system.

My colleagues and I unanimously passed Senate Bill 403 to encourage law enforcement partnerships with mental health professionals to improve the handling of situations in which an individual is experiencing a mental health crisis. Under SB 403, Community Service Boards, which provide services for mental health, intellectual/developmental disabilities, and addiction, would be directed to establish co-responder programs that would work with local law enforcement agencies responding to emergency calls involving people in a behavioral health crisis. Local law enforcement agencies could collaborate with co-responder programs, and Community Service Boards would provide licensed behavioral health specialists to be available in person or virtually during related emergency calls to assist officers in determining where to refer the individual for further treatment and care. This bill also outlines legal protections for the co-responder teams when they act in good faith. Additionally, the Mental Health Parity Act includes a funding mechanism to allow the General Assembly to appropriate funds to support these co-response teams. This bill not only seeks to enhance public safety in our state, but it would also ensure that individuals in crisis receive the appropriate response and treatment that they need.

In addition, we passed Senate Bill 361, the Law Enforcement Strategic Support Act or LESS Crime Act, to establish a tax credit for Georgians who make contributions to 501(c)(3) law enforcement foundations that support local police agencies across the state. Taxpayers would be allowed a 100 percent income tax credit for qualified donations to law enforcement foundations, and this bill would cap the credit at $5,000 for a single individual or head of household; a married couple, individual who is a member of a limited liability company, a shareholder of a Subchapter ‘S’ corporation or a partner in a partnership could receive a credit up to $10,000. This bill would also cap credits for corporations at 75 percent of the corporation’s income tax liability.

The House also passed Senate Bill 87, the Senator Jack Hill Veterans’ Act, to provide a simple way for Georgians to donate to college scholarships that are only for our veterans. With SB 87, taxpayers would have the opportunity to use a portion of their income tax return to make a voluntarily contribution to the Technical College System of Georgia (TCSG) Foundation, which would be able to expand its efforts to support veterans who are seeking technical degrees. This legislation would allow Georgians to support our disabled veterans who are looking to transition to sustainable, long-term careers, which would, in turn, also help bolster our state’s workforce for high-demand technical careers. This bill was aptly named in honor of our late colleague and veteran, State Senator Jack Hill, whose legacy will live on through this legislation.

Another bill that passed in the House this week would help identify causes of maternal mortality and improve maternal health outcomes across our state. Senate Bill 496 would require a medical examiner’s inquiry in cases where a pregnant woman dies or when a new mother dies within a year of having her baby to help determine if these deaths were postpartum-related. This requirement would be waived in cases when a woman dies as the result of a car accident or other causes that are clearly known and not linked to pregnancy. My colleagues and I have been dedicated to lowering maternal mortality rates in our state in recent years, and this legislation will help our state determine the cause of death if a mother passes away following giving birth, and consequently, help find ways to prevent similar deaths from occurring in the future.

The House also gave unanimous passage to Senate Bill 562 to prohibit companies owned or operated by the governments of Russia or Belarus from working with our state government. Under this bill, any company that submits a bid or proposal for a state contract would be required to certify that it is not owned, operated, or affiliated with these governments, and a company’s false certification would result in civil liability, termination of contract and ineligibility for future contracts. Our state leaders recently announced that Georgia would divest any state investments in Russia, and SB 562 would further reinforce our state’s condemnation of the Russian government as Putin continues to senselessly murder and violate the sovereign rights of the Ukrainian people, including women and children.

These are just a few of the bills we passed this week. On Monday, April 4, we will reconvene for Legislative Day 40, which will be the last day of the 2022 legislative session. Day 40, also known as “Sine Die,” will surely be the busiest day of the entire session as we will work diligently to finalize and pass bills in the House Chamber before the clock strikes at midnight. I urge you to contact me if you have any questions, concerns, or input on any measures that I shared with you so far this session. I can be reached at my Capitol office at 404-656-0325 or by email at Stan.Gunter@house.ga.gov.

As always, thank you for allowing me to serve as your state representative.